For more photos from the CUPE BC Convention at this link: http://gallery.cupe.bc.ca/CUPE-BC-53rd-Annual-Convention/ 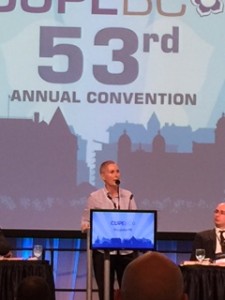 Mary Ellen Turpel-Lafond, BC Representative for Children and Youth, describing the BC Liberal policy for children as a train wreck as she speaks to delegates at the CUPE BC Convention 2016 in Victoria. 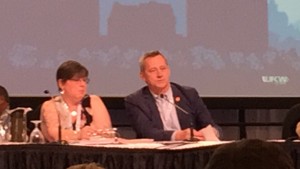 Brother Marcel Marsolais, serving as co-chair, with Sister Sarah Bjorknas, serving as chair, deliver the report on behalf of the CUPE BC Political Action Committee. 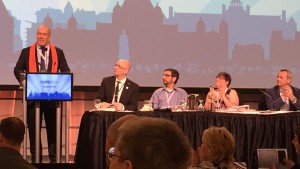 John Horgan, Leader of the BC NDP, speaking to delegates at convention. 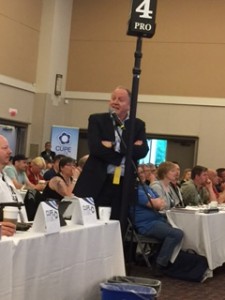