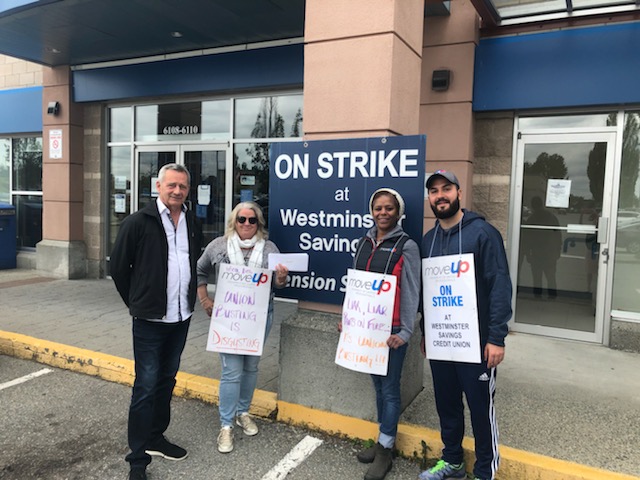 July, 2019 – Brother Marcel Marsolais delivered donations from CUPE 409 members to help support MoveUp strikers at Westminster Savings in Port Coquitlam who have been on the picket line since January fighting for retirement security. They were recently told by their employer the branch is being closed. Read more here. 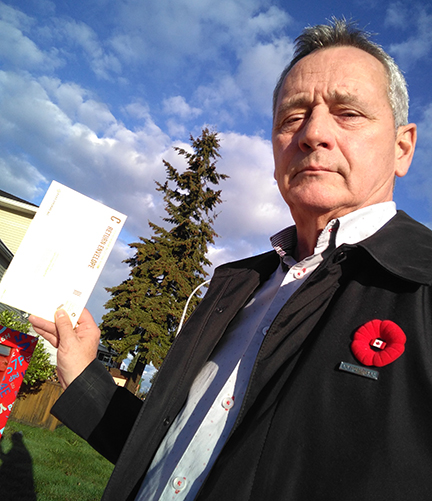 Vote Yes for Proportional Representation Its time to change our antiquated First Past the Post voting system. Vote soon ballots must be received no later than November 30, 2018 and if your using Canada Post it could take up to 5 days due to the current Labour dispute! 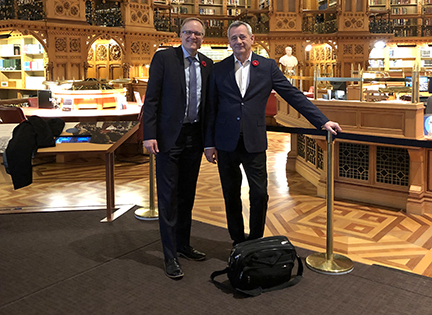 From Marcel Marsolais, President CUPE 409 – I was honoured to have dinner with my Member of Parliament Peter Julian (New Westminster-Burnaby) in the dining room of the House of Commons on my recent trip to Ottawa for the CUPE National Sector Conference. We are standing in the House of Commons Library that, unfortunately, will soon be closed to the public for 10 to 15 years due to the renovation work on the center block. Thank You Peter. 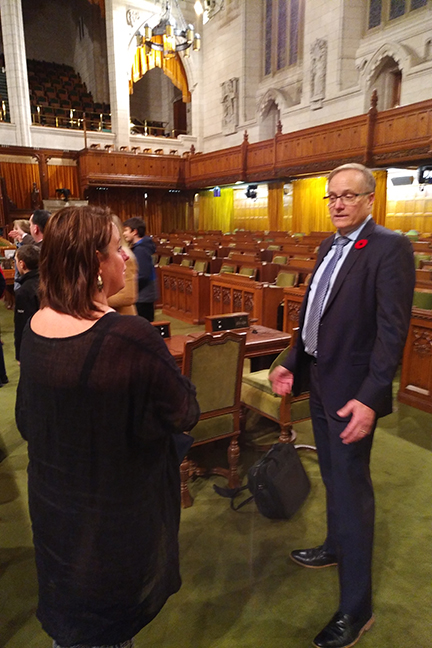 Leah Barrett, CUPE 409 Recording Secretary, with her Member of Parliament Peter Julian (New Westminster-Burnaby) on the floor of the House of Commons chamber in Ottawa. The chamber will also be closed for 10 to 15 years for renovations. Thank you Peter for dinner and the private tour. 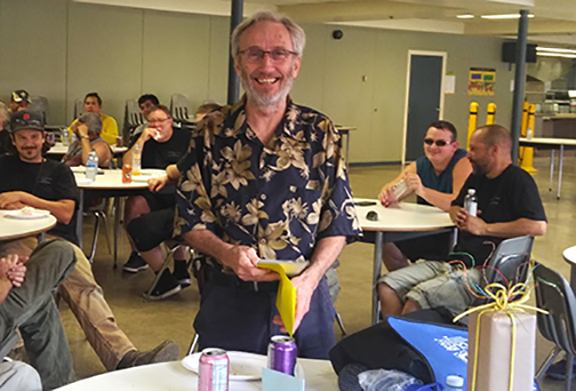 Andy Breslin at his retirement lunch on July 31, 2018. Andy worked for an electronic contractor for several years until the union lobbied the board to bring the work in house. Andy began working as a CUPE member and served as the District’s electronic technician since 2006. His skill set saved the District hundreds of thousands of dollars. His sense of humour and placid attitude has served as an asset throughout the district with numerous friendships and admiration from his peers.
CUPE 409 wishes Andy all the best in his retirement! 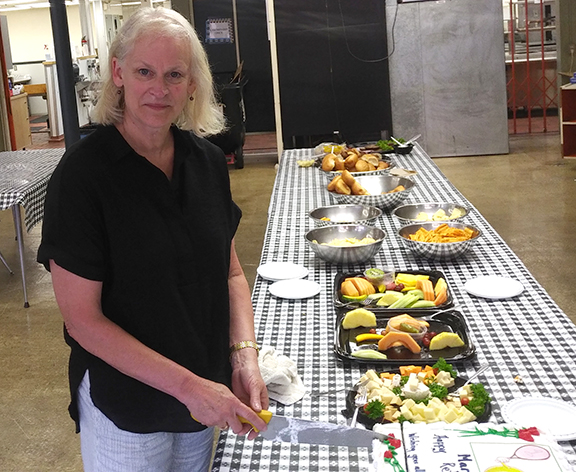 Mary Luccock cutting her retirement cake after more than 26 years serving the District in various clerical classifications. Mary was referred to as our maintenance mother and has spent the last two decades supporting staff attached to the operations department. Her dedication to the department focused on ensuring that the District was maintained through thousands of work orders and that the worked was conducted in the most efficient manner that included balancing the budget. In addition, she also provided valuable support behind the scenes assisting with numerous capital projects.
Good Luck Mary from CUPE 409! 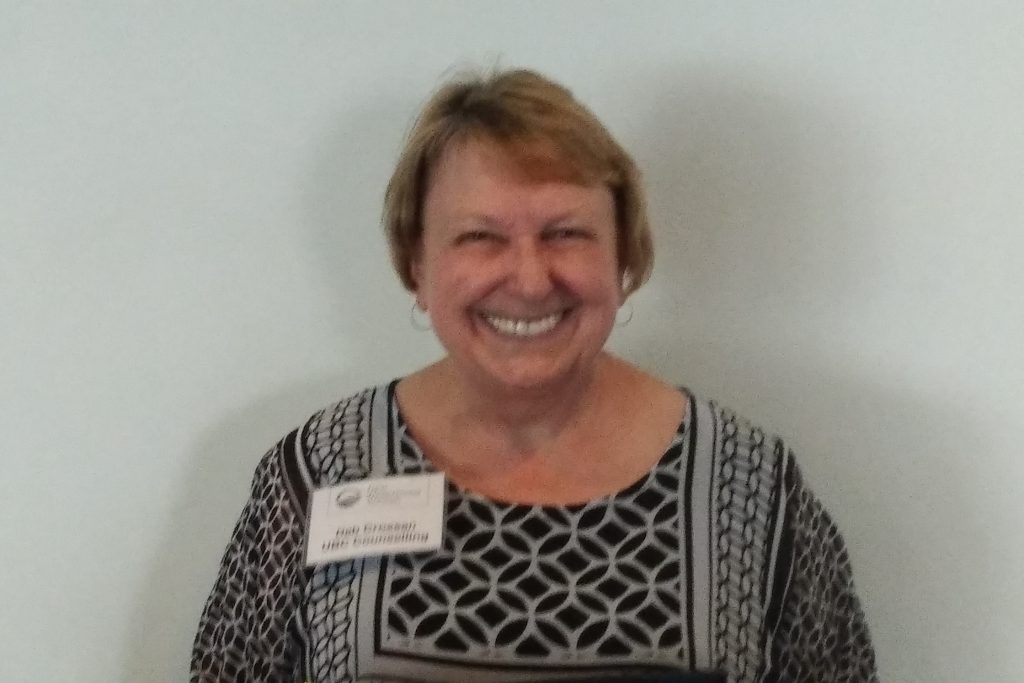 Congratulations to Deb Crossan who worked for the District for 40 years and supported the UBC Councillor Centre located at NWSS for the past several years. She provided valuable support to the 100’s of vulnerable clients over the years with her warm, calming charm. CUPE 409 wishes her the very best in her retirement. 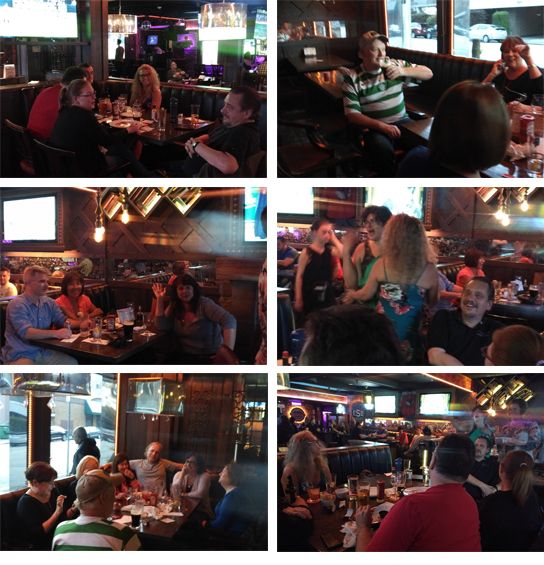 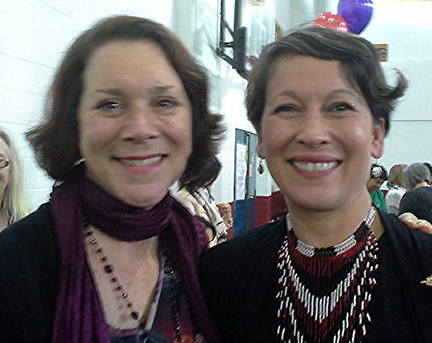