Updated June 25, 2019: The agreement has been ratified by the CUPE Local 409 membership however, we have not received verification that the British Columbia Employers Association (BCPSEA) the Boards accredited bargaining agent has approved  it or not.

Photo below shows members of the CUPE 409 Bargaining Committee. Read the Summary of Changes to the 2019-2022 Collective Agreement here. 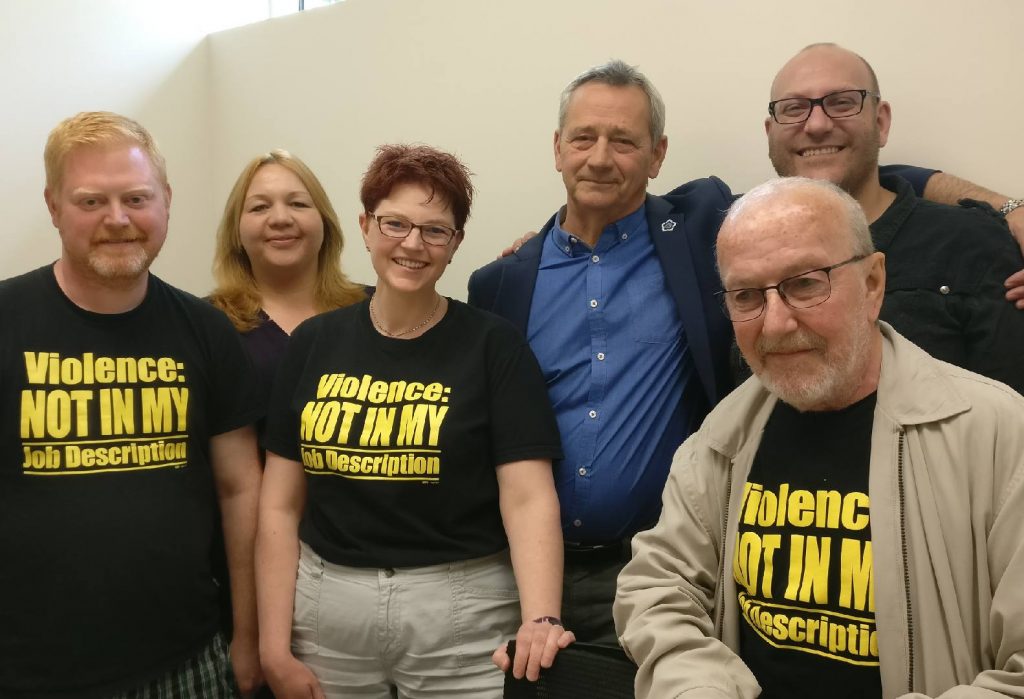 NEW WESTMINSTER — CUPE 409, K-12 support workers in New Westminster, reached a tentative agreement with SD40 Board of Education on Wednesday evening. The local began bargaining in January and reached the agreement after ten bargaining sessions.

“This agreement is superior to any of the other settlements we were able to achieve since 2000,” said CUPE 409 President Marcel Marsolais. “Our bargaining committee is recommending that our members vote to ratify the agreement.”

The provincial framework agreement (PFA) approved by the K-12 Presidents Council in September forms part of the tentative agreement. The current K-12 agreement expires on June 30, 2019. When ratified by CUPE locals and school districts, the provincial agreement will be in effect from July 1, 2019 to June 30, 2022.

Further details of the tentative agreement will not be available until after ratification by all parties. Ratification is expected to be completed by the end of June.

To find out more about CUPE members working in K-12, visit bcschools.cupe.ca.