It is with great sadness that I announce the passing of Mary Tsoupakis.

Mary was a union activist that served CUPE 409 as the Local’s Sergeant at Arms for many years. She assisted each year with our annual picnics as the head cook and volunteered at all our social events.

Mary also volunteered at the CUPE BC phone banks in every election and won a trip to Victoria for two because of the numerous evenings she volunteered to conduct member to members contact.

In addition, Mary helped me and a couple of other activist to call the more than 1,000 CUPE members that live in New Westminster from our office on each community election day. Her activism resulted in getting our members out to vote and we elected a majority of progressive candidates on the Board of Education and City Council.

On behalf of the Local I would like to extend our deepest sympathy to her family, friends and the Lord Kelvin community. 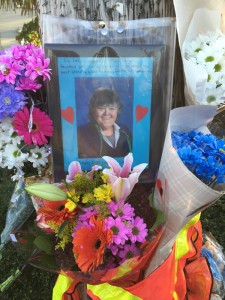 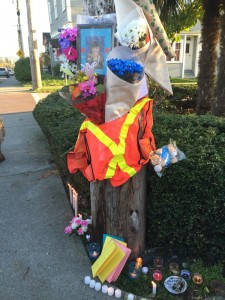 A tribute to Mary Tsoupakis near where she worked as a crossing guard. 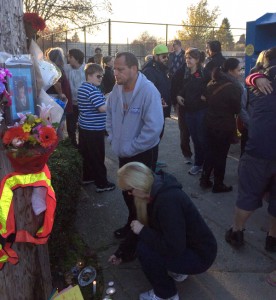 Many friends and co-workers gathered for a candlelight vigil near her crosswalk at the Lord Kelvin school in New Westminster on November 3rd.